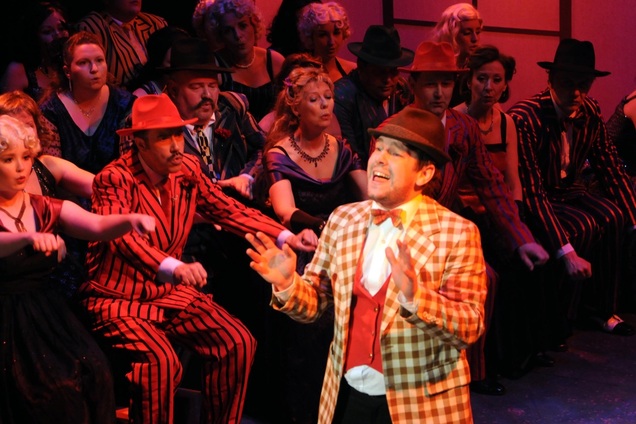 As Nicely-Nicely Johnson in Guys and Dolls. Photo by Louis Flood

﻿The Marriage of Figaro
'As Count Almaviva, Andy MacDonald gave a powerful vocal performance that brought out the Count’s bullying nature to perfection. This was essential to the story and I have seen performances where the Count has merely been rather aloof and even boring. Andy MacDonald was very far from that.'

Guys and Dolls
‘A little gem of a performance comes from Andy MacDonald [...] Sit Down You’re Rockin’ the Boat warranted an encore.’
‘Just to cement the excellent beginning, on comes Andy MacDonald. An excellent performance throughout with a voice to savour. As Nicely-Nicely Johnson, it is his lot to open the vocal proceedings and he set the highest of standards.’

Iolanthe
'Andy MacDonald as Strephon and Martha Hayward as Phyllis were delightful as the young lovers delivering beautiful singing in their duet, None shall part us. They both gave the comic writing of W. S. Gilbert its due attention thus infusing an extra level of interest into their characters. (Lovers can sometimes be a bit uninteresting otherwise)!'

Sweeney Todd
'Andy MacDonald is a tower of strength and magnificently sinister as Judge Turpin.'

Me and My Girl
'This group has one of the strongest set of principals available on the amateur circuit. They have Andy MacDonald and Holly Conlon, two of the best performers on stage, playing two of the supporting roles. As the love struck Gerald and gold-digger Lady Jacqueline, Andy and Holly bring fop and vamp to new heights. An accomplished performance from both.'﻿

Kiss Me, Kate
'Andy MacDonald gave a fantastic performance as Fred Graham with his acting and brilliant singing voice with Holly Conlon equally outstanding in her role as Lilli Vanessi. Their squabbling scenes were perfection and Holly showed a spitfire streak of temper to absolute perfection. Both showed their singing abilities to perfection in their solos “Were Thine That Special Face” and “So In Love”.' 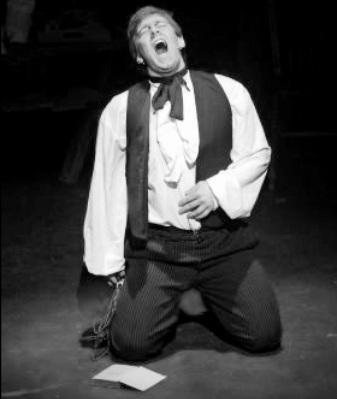 As Judge Turpin in Sweeney Todd. Photo by Louis Flood.