Although I have always enjoyed singing, it was not until the middle of high school that I began performing. Joining a rock band would be the first step of electing music as a future, and after two years of performing in bands, I began performing in musical theatre productions, at the same time beginning singing tuition with Allan Kelman. After a few years, and further tuition from Ron Cochrane and Jimmy Tonner, I moved to Aberdeen to study music at Aberdeen University, where I worked under the tutelage of Jean Webster. From there, I joined the AU Gilbert & Sullivan Society, AU Opera Society, and the AU Choral Society where I enjoyed performing in and around Aberdeen. Through my studies, I was also able to participate in vocal masterclasses with Jeremy Huw Williams, Nicholas Clapton, Kate Hughes and Donald Maxwell. 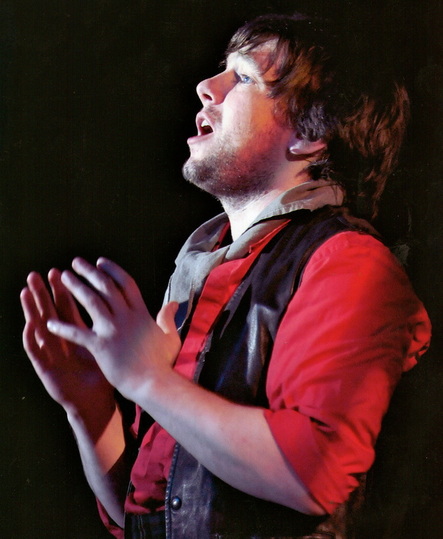 As Billy Bigelow in Carousel. Photo by Louis Flood